What is Regression Testing

Before we discuss Regression Testing we need to first know the meaning of the word regression. Regression in plain words. means errors that occur due to some action or activities in a system. Regression plays a very important role in every field, be it Medical, Finance or IT. In testing terms, Regression is a type of testing that is undertaken to find regression in a system or software, post making any kind of changes in the system. 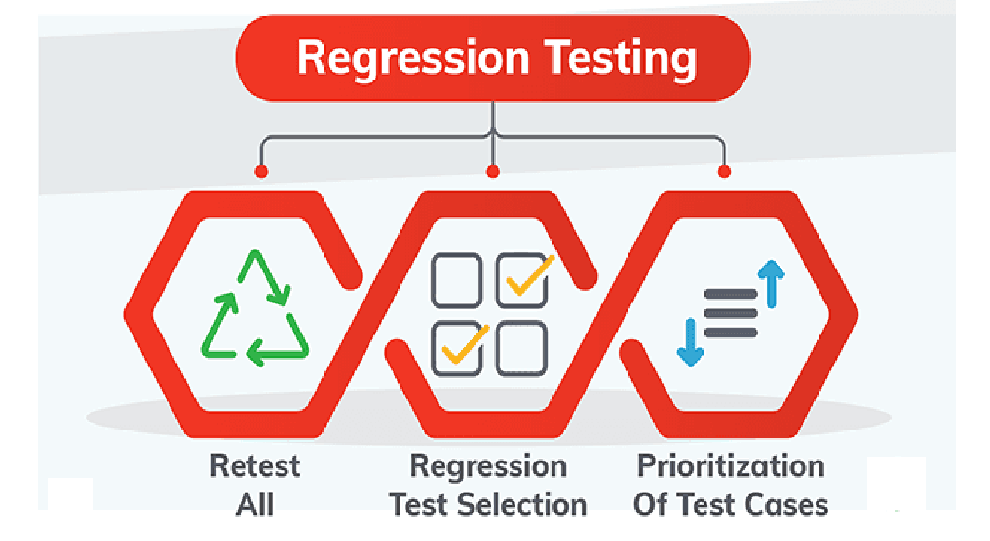 Regression testing is classified into the below-given type of a broader basis.

The strategy involves the testing of all aspects of a particular product as well as reusing all test cases even where the changes/modifications have not been made.

This type of testing is not at all advisable when there is a small change that has been introduced in the existing product.

4)Progressive Regression Testing: This type of regression testing works effectively when there are certain changes done in the program specifications as well as new test cases are designed. Conducting this testing helps in ensuring that there are no features that exist in the previous version that has been compromised in the new and updated version.

Once this testing is completed, the final system can be made available to the user.

The following are the most important tools used for both functional and regression testing:

Want to learn how to create effective test cases for your registration and login page? Follow this comprehensive guide to get started

I am working as a Lead Quality Assurance. I like to play cricket,watching web series and travel.

Get unlimited disposable emails instantly and set up automation.